They welcome young researchers at doctoral or post-doctoral level, rely on a community of recognised researchers, French or foreign, and publish around a hundred volumes per year. They develop collaborative and cooperative networks in the host countries which make them irreplaceable players in French research abroad. Since 2015, they have had a "board of directors" which oversees the network's joint operations.

For research training, they welcome doctoral and post-doctoral students for various lengths of time and at different levels: one year members, renewable two or three times; scholarship holders for one month or more; interns for archaeological excavations; students in thematic doctoral training seminars; doctoral students with university contracts. They also welcome young curators, archivists, librarians, architects, topographers and publishing professionals for professional internships. Everyone is offered the opportunity to work in an international professional environment.

The Écoles ensure the dissemination and promotion of the data they produce. They publish around one hundred monographs per year, around ten specialist journals and numerous conference proceedings. They organize scientific events (conferences, exhibitions, etc.) in the host countries and in France, for specialists or the general public.

Reporting to the Ministry of Higher Education, Research and Innovation, Écoles françaises à l’étranger are governed by a common decree (2011-164 of February 10, 2011). They are placed under the scientific supervision of the Académie des Inscriptions et Belles Lettres as well as of the Académie des Beaux-Arts for the artistic section of the Casa and of the Académie des Sciences Morales et Politiques at the École française de Rome. Each EFE has a board of directors and a scientific council, as well as an artistic council for the Casa. By convention, in January 2015, they created a "board of directors" with a rotating presidency, a body for discussion and proposals for the network. Since 2013, they have been represented at the Conférence des Présidents d’Universités.

The President of the Réseau 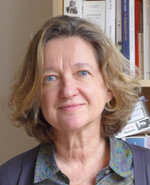 Brigitte Marin is the President of the Réseau, since 1 January 2021.

Director of the École française de Rome since September 1, 2019, she is professor of modern history at Aix-Marseille University and director of studies at EHESS.

Former student of the École normale supérieure at Saint-Cloud and former member of the École française de Rome, where she was director of studies for the modern and contemporary periods from 2000 to 2006, she rejoined the University of Provence where she had been a lecturer from 1992.

A specialist in the urban, social and cultural history of modern Italy, she has published several studies on the history of cities in southern Europe in the modern age, particularly concerning 18th century Naples.